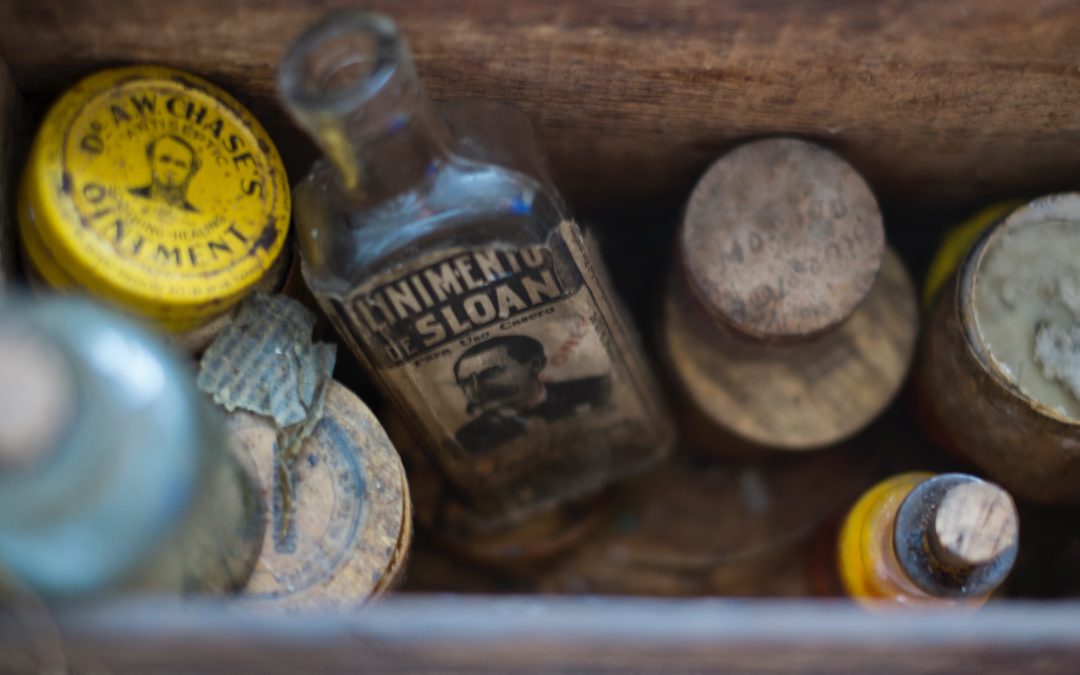 The use of plants as medicines predates written human history. Archaeological evidence indicates that humans were using medicinal plants during the Paleolithic period, approximately 60,000 years ago. Even other non-human primates are known to ingest medicinal plants to treat illness!

As one looks at Herbalism today, one generally sees three main systems. These three are the “cool kids” on the herbalism block, with most people latching onto one of these three systems to focus their studies.

The largest group of people who use medicinal plants are in China & India, where over 300 herbs that are commonly used in these countries today have a history of use that goes back at least 2000 years.

That’s a lot of different herbal systems to consider! While some herbalists specialize in just one system, most of the Herbalists we introduced you to last week practice their own unique form, generally a blend of traditional wisdom with hands on experience.

This mix & match is our favorite method too, and we encourage any curious fledgling herbalist to dabble & see what works for you. Every human & every plant interact a bit uniquely, and that is a big part of the fun of herbalism!

Defining Ayurveda or Chinese Medicine as herbalism is a common mistake–I made it myself for some time!

While herbalism is a key component of both Ayurveda & Traditional Chinese Medicine, they are not actually a defined branch of herbalism, rather they are a comprehensive medicinal practice in those countries.

It is kind of like how dermatology is a branch of western medicine, but all medical practices do not necessarily fall under the dermatology niche. Clear as mud, right?

Are they really that different?

Each system in effect works from the same common store of plant elements — understood in the West as alkaloids, polyphenols, glycosides, and other biochemicals.

At the same time, the understanding of the function and very nature of these plant elements can be widely different among the various branches, which in turn can be tied to widely differing views of the human body and its functioning and nature.

Nearly half of the most commonly-used herbs in each of the two Asian medical systems (India and China) are the same or similar and their actions are described in somewhat overlapping terms. For example, in both systems, herbs are described according to the symptoms they treat, their warming or cooling nature, and their influence on the body humors.

The focus of both the systems is on the patient rather than disease. Both systems fundamentally aim to promote health and enhance the quality of life, with therapeutic strategies for treatment of specific diseases or symptoms in holistic fashion. What differs is the basic set of categories of disharmony: the diagnostic and therapeutic groupings.

In traditional Chinese medicine the systems of yin and yang and the five elements have a strong influence, as do the depictions of certain bodily humors (qi, blood, moisture, and essence), and the internal organ systems (zangfu).  In Ayurvedic medicine, although the total system is quite complex, there is a prominence of the three humors or doshas (tridosha) system: kapha, pitta, vata .  The three doshas give a format for understanding each person’s natural body tendencies (hot/cold, dry/moist), which shift over the course of one’s life..

For you overachievers, we’ll go deeper into these categories below!

Herbal Medicine in the United States

The Western herbal tradition has its written origins in the Greco-Roman era and in the works of Hippocrates and Galen. While Hippocrates advocated the use of a few simple herbal drugs — along with a basic regimen of fresh air, rest, and proper diet — Galen recommended large doses of drug mixtures — including plant, animal, and mineral ingredients.

Throughout the nineteenth century, several groups of physicians practiced herbal medicine in the US. These included the Thomsonians, or Botanic physicians, their descendants the Physiomedicalists and the most prominent group known as the Eclectic Physicians.

Eclectic medicine was practiced widely from the 1830s until around 1930s. In the 1890s about 10% of the physicians in the US were  Eclectic physicians, a group of doctors who rejected the mainstream medical practices of bleeding, leeching, purging, and using toxic medicines such as arsenic and mercury.

As an alternative, they studied the American vegetable materia medica. Thankfully, these docs took copious notes during the 100+ years they spent treating millions of patents. This has left a valuable body of experiential knowledge that describes the successful use of herbal medicines in a time without antibiotics or other modern medical technology.

From the 1920s into the 1960s, the US entered a period of time that could be called “the herbal dark ages”. During this time the medical use of herbs virtually ceased to exist, save a few ethnic communities that continued their herbal practices. For most Americans the only herbs left in common use were the few spices still used for cooking.

The past few decades have seen the market for herbal remedies increase over tenfold in the US. Seems as though people are getting fed up with side effects and treating just their symptoms. There is a greater interest in complementary and alternative medicine now, including herbalism. College & professionals are teaching herbal medicine to more & more people, with people like Rosemary Gladstar and friends leading the way!

Approximately five hundred species of plants are listed as official drugs in China, with an additional five thousand species used as traditional medicines, folk medicines or local medicines by ethnic groups in various parts of China.

These traditional herbal preparations account for 40 to 60 percent of medicine consumed, and traditional Chinese Medicine is the second most used medical system in the world after Western (aka allopathic or conventional) medicine.

Traditional Chinese Medicine considers the human at the center of the universe as an antenna between celestial and earthly elements. Water, earth, metal, wood and fire are the five elements of the material world. The world is a single unit and its movement gives rise to yin and yang, the two main opposing aspects.

The actual meaning of the term yin and yang is ‘opposites’, such as the positive and the negative. However, in practice Chinese believe that yin and yang is not absolute but relative. Consistent with the modern view of homeostasis (aka equilibrium), yin and yang are interchanged to meet the view that ‘yang declines and yin rises’ or ‘yang is raised to produce a decline of yin’.

Chinese medicine is focused on the balance of the physical organs. The four bodily humors (qi, blood, moisture and essence) and internal organ systems (zang fu) play an important role in balancing the yin and yang in human body.

Proper formation, maintenance and circulation of these energies (humors & organ systems) are essential for health. When the two energies fall out of harmony, disease develops. The physician takes into account this concept while treating patients. Drugs or herbs are used to correct this imbalance of yin–yang in the human body.

If it’s not just herbalism, what’s up with Chinese medicine?

Chinese medicine views the body more in terms of function than anatomy, and diagnoses are “patterns of disharmony” affecting organ systems. With its categorizations of organs and organ systems along yin-yang divisions, and its descriptions of energy channels — meridians — that distribute life energy and connect parts of the body to each other, the Chinese model of the body is at apparent odds with Western science, and so is considered “alternative” in the Western world.

In India, 60 percent of registered physicians are involved in non-allopathic systems of medicine (aka not western). They have nearly 400,000 registered Ayurvedic practitioners, and Ayurvedic medicine is the third largest medical system in the world today. Almost 70 percent of modern medicines used in India are derived from natural products.

Ayurveda considers that the universe is made up of combinations of the five elements (Pancha Tattva or Pancha Mahabhutas). These are akasha (ether), vayu (air), agni or teja (fire), jala or aap (water) and prithvi (earth).

The five elements can be seen to exist in the material universe at all scales of life and in both organic and inorganic things. In biological system, such as humans, elements are coded into three humors, which govern all life processes. These three humors (kapha, pitta and vata) are known as the three doshas or simply the tridosha.

The tridosha regulates every physiological and psychological process in the living organism. The interplay among them determines the qualities and conditions of the individual. A harmonious state of the three doshas creates balance and health; an imbalance, which might be an excess (vriddhi) or deficiency (kshaya), manifests as a sign or symptom of disease.

If it’s not just herbalism, what’s up with Ayurveda?

Ayurveda also focuses on exercise, yoga, meditation, and massage, integrating mind and body, etc. As with Chinese medicine, ayurveda understands human health as being part of complex metaphysical systems that operate within the body, mind, and spirit throughout the processes of creation and, indeed, as part of cosmic evolution.  Ayurveda essentially means continuity of consciousness, and is a whole system of understanding the universe and every aspect thereof.

Although within Indian culture there is a recognized body of Vedic science, the West will tend to view the Vedas simply as precursors to so-called Hinduism and so primarily as an aspect of religion. Hence ayurvedic medicine is also considered “alternative” in the West.